Visit WWW.LEATHER-SHOP.BIZ we can make all styles in above video. Custom made leather wear at low factory prices. If you do not see the style you want, contact us and we will make it for you.
893 0 0
Home Military Leather items and Uniforms History of Bomber Jackets: Why They’re Trending | video
Published on March 2, 2018

Rebecca Jennings gives us a run down of the history of bomber jackets.  If you’ve recently walked into a store and been like, “didn’t I just see this?” You’re not alone. This Fall it didn’t matter where you were shopping. You’d see the same thing. A bomber jacket. You can probably blame the trend on brands like Gucci, who’ve been making these really pretty versions in sequins and silk that cost thousands of dollars. But it wasn’t always that way. As you can probably guess, bomber jackets get their name from the military. The original version was developed for the U.S. Air Corp in 1931 and was made from seal skin. Were people concerned on some ethical level about that? No. It was 1931. But as the U.S. Army grew they switched to horse hide, which they then realized that when flying jet cabins would get so cold that the jacket would freeze to the pilot’s body, which is obviously not an ideal situation when delivering bombs from 30 thousand feet.

So in the 1950s they introduced the MA1 flight jacket made of nylon and polyester. It was warm and waterproof, both of which are good things obviously, but another really cool thing about these jackets was that you could personalize them. Fighter pilots would paint everything from skulls and crossbones to lucky charms and, naturally, images of naked women, and the military allowed it because these pilots were in such more dangerous and vulnerable situation than the ground army. Some of the soldiers stationed in Japan during WWII had ornately hand-embroidered designs that mixed American and Japanese motifs. And that’s what we’re seeing a lot of today. Saint Laurent and Gucci’s bomber jackets for instance are clearly influenced by Asian design. And also the reason why you’ll see bomber jackets for women with kind of badass imagery and sayings. And even though they’re made of silk and probably aren’t that good at protecting you from really any kind of weather event, they still have that meaning that’s like, “hell yeah.” All the better for fighting the patriarchy.. 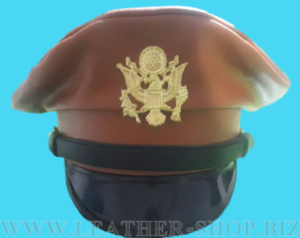 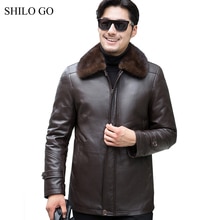 How a Schott Motorcycle Jacket is made video